Pieces of Me, the second (and recently Western Canadian Music Award nominated) album from local soul/pop powerhouse Flo, couldn’t be more aptly named. Like the woman behind it, the new record is positive, encouraging, upbeat, strong and beautiful and reminds you that you are, too.

Produced by WCMA winner Arun Chaturvedi, Pieces of Me comes as the decidedly more up-tempo follow-up to 2007’s self-titled debut.

“Personally, I really wanted (this record) to be more upbeat,” explains Flo (aka Florence Oramasionwu). “The first album, I was proud of the process and the result, but one of the vibes of my personality that didn’t really come through was how upbeat I am. It was sort of mid-tempo and more jazzy, which is great, but sometimes you just want a beat! I wanted songs people could dance to.”

That said, Flo wasn’t interested in making songs that people could dance to at the expense of quality lyrics. 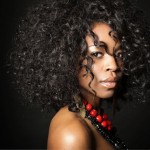 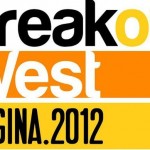